Skip to content
You are here
Home > Puppy > Puppy 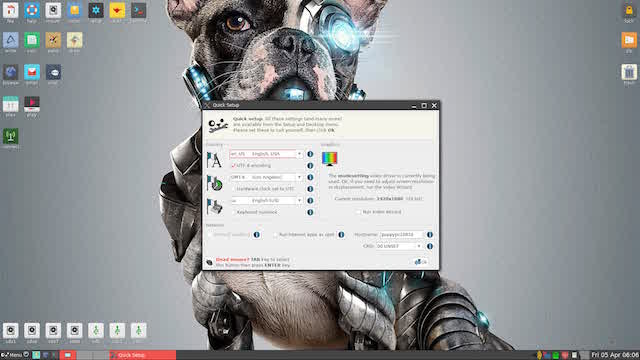 A review by Adarsh Verma

If you take a look at our popular list of lightweight Linux distros, you’ll realize that Puppy Linux has found a place near the top. Packaged in small size, this Linux distro is known for its ability to be built using the packages from other distros like Ubuntu and Slackware. To help you revive your outdated machine, the developers of Puppy Linux have shipped the latest release.

Contrary to the new trend of ditching the support for 32-bit architecture machines, Puppy Linux 7.5 is available in both 32-bit and 64-bit versions. It makes perfect sense as it’s aimed at aging machines with low hardware specifications. While 32-bit version is based on 4.4.95-noPAE for better compatibility, 64-bit version comes with 4.9.58 to provide latest hardware support.

As this version is built using packages from Ubuntu 16.04 Xenial Xerus release, it’s codenamed “Xenialpup.” The ISO image is just 330MB big, and it runs entirely in RAM.

For multimedia playback, Puppy Linux 7.5 comes with MPV media player, which is ranked #4 on our list of best media players for Linux. To satisfy the audiophile in you, Deadbeef is included.

As said above, you don’t need to install Puppy Linux on your hard drive; it can be directly booted from CD, USB, SD card, or network access. The conventional full installation option is also included.

You can find the 32-bit and 63-bit ISO images on this page. Give this release a try and share your experiences with us.

Looking for something else? Some other Linux distro?

In case a lightweight Linux distro isn’t what you’re looking for, do check out these popular lists of Linux distros and make an informed decision: